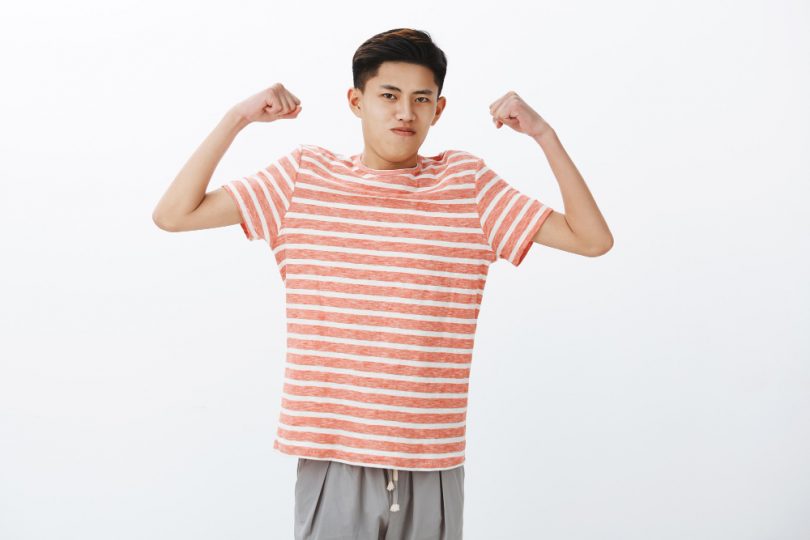 Are long forearms hindering your performance in the gym? And are they weird for your height? We’ll cover all these questions and more in this forearm length guide.

What are considered long forearms?

If your forearms are longer than other parts of your body, like your upper arms, you probably have a long forearm to compensate for your height and build. As a result, there is no hard and fast rule about what counts as long and what counts as short in this case.

Now, in the study that I am about to describe, the researchers compared the participants’ left and right forearms. However, there was little resemblance between the two.

The shortest forelimbs in males measured 20 cm (7.8″), and the longest forearms measured 30.5 cm (12″). The size of women’s forearms was also measured in the same study.

Intriguingly, despite the fact that the women’s forearms were on average shorter, one woman had the longest forearm of anyone in the study (31cm/12.2″).

What is the average length of the forearm?

Is having long forearms a bad thing?

We all have body parts about which we are conscious. However, these ostensible distortions frequently occur in our heads. In other words, no one except us notices them.

People have actually posted pictures of their “long” forearms on social media. Although they were only a couple of inches long, nobody would have guessed they were so long.

To compensate for their short stature, many people actually believe they have long forearms. While this is often true, most people exaggerate their perceived abnormalities in order to feel unique or avoid feeling self-conscious.

Too many self-conscious people downplay the gravity of their perceived “abnormalities.”

However, I have found that having an unusually long forearm can be a hindrance in some situations. For example, if your forearms are extremely long, you may find it difficult to use some gym equipment, particularly the lat pulldown machine, which requires you to extend your arms overhead.

However, you would have to be incredibly tall in order for that to happen. Average-height people do not have a long forearm that interferes with their daily activities.

As aforementioned, we all want to feel special, and we are all self-conscious about various body parts, so these anomalies are more often in our heads than in someone else’s.

Is it true that men have longer forearms than women?

Yes, in broad sense. Men’s forearms, for example, were 2 cm (0.78″) longer than women’s in the study referenced above. One woman in the study, notwithstanding, had forearms that were half a centimeter longer than the men’s.

It is worth noting, however, that two times as many women as men participated in the study. According to the data, men have longer forearms on average than women, which explains why the experts did not find the male with the longest forearms among all the participants.

Why do I have long forearms

Most people believe that are the result of a person’s genetic makeup. They are not entirely the determinant for forearm muscle growth, with the proper exercises you can build good forearm muscles.

In addition to working hard, eating right, and programming the exercise correctly, it’s essential to have the right genetics to make it in the sport.